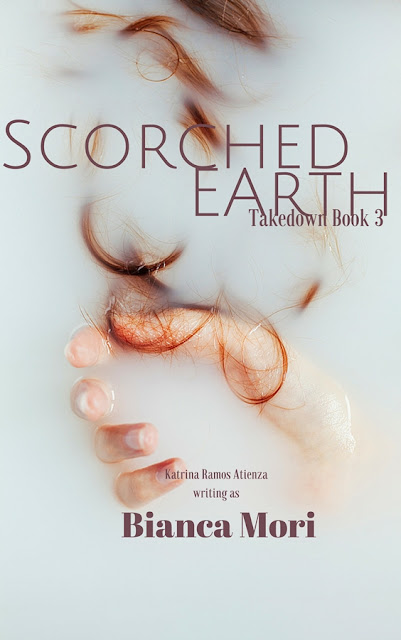 Peyton Riley is running for her life. She's always been a survivor, but she's never been in a pickle like this. Her boss, the man she had come to fear and respect, and the only constant in her peripatetic and dangerous life, is after her–and it doesn't seem like he intends a harmless catch-up. But he's not the only one looking for Peyton. There's her sometime partner-in-crime and occasional hook-up (it's complicated) Carson Varis. Law enforcement is also interested in her boss's shadowy business dealings, thinking she's the key to unraveling them. And then there are those dealings themselves. What's her boss up to? Somehow, Peyton doesn't think getting back at a former employee is the worst thing on his agenda…

Scorched Earth is FREE on Amazon from October 21-22! A gift from me to you because I'm really excited for #FeelsFest. :)
Posted by Bianca Mori at 9:16 PM 1 comment: